Pebbledash covers many of the UK mid 20th century houses and was invented to give a cheap and weatherproof solution for wall coating over poor quality brickwork. 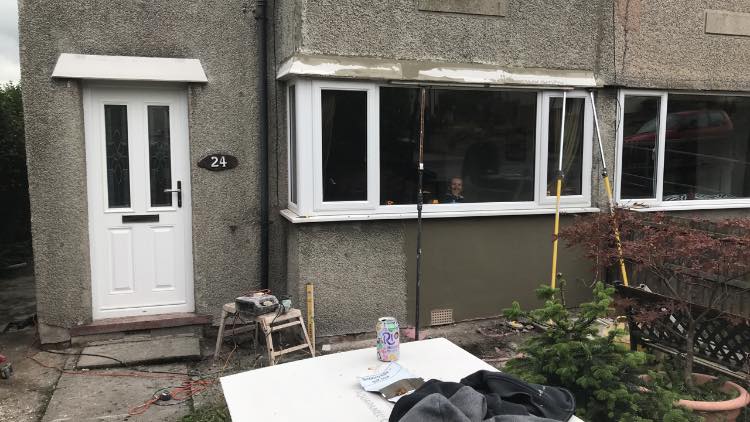 These days, I find that most people are looking to remove pebble dashing from their walls. We have worked on several properties since 2004 when the request was to hide or remove the pebble dash from the building.

The picture above is a house from the North West of England which had a very
similar effect to pebble dash (Artex), which has now been covered over with a render that you can see in the bottom right of the picture where work has began. 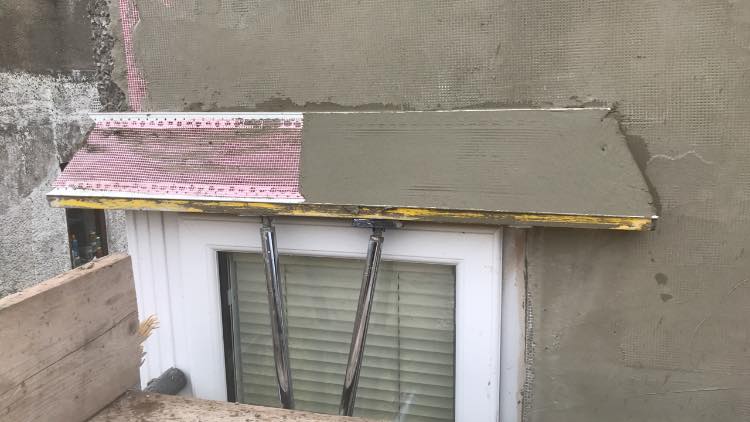